This Week at Psychology Today: Would Jeffrey Dahmer Have Been a Good World Leader? 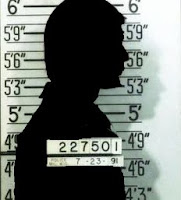 Certain legendary presidents—Theodore Roosevelt, John F. Kennedy, and Franklin D. Roosevelt among them—had the fearless dominance of psychopaths. Presidents whom history remembers as relatively ineffective—Jimmy Carter and Woodrow Wilson, perhaps—had considerably less of that Right Stuff. So say the authors of a study published in this September’s issue of The Journal of Personality and Social Psychology. The team led by Emory University psychologist Scott Lilienfeld points out that, although psychopathology is a huge risk factor for criminality and violence, certain psychopathic traits are tied to success in politics. Read more at Psychology Today.
Posted by Rebecca Coffey at 1:59 PM No comments:

Rebecca Coffey
My new Vook, Inc. eBook is MURDERS MOST FOUL: And the School Shooters in Our Midst. I contribute to Scientific American and Discover magazines, blog for Psychology Today, and am a broadcast commentator for Vermont Public Radio.